Here at AABRS, we are specialists in helping businesses deal with the threat of a Winding up Petition, one of the most serious which can affect any company. The crucial point to remember is that from the moment a Winding up Petitions is issued, you have just seven days to take action. If you do not, the judge may issue a Winding up Order which will mean your company will be compulsorily wound up or shut down.

Call us now on 0 or use the live chat to talk to an expert right away. We can help.

Learn more about Winding up Petitions

If you are struggling to pay your creditors in a timely manner, you may be presented with a Winding Up Petition. This is the most serious action that HM Revenue & Customs or another creditor can take against your company in order to settle a debt and will certainly be an action of last resort to procure payment. A creditor is able to present a winding up petition if there is a debt of more than £750 outstanding to them.

What is the Winding up Petition Process?

Ordinarily, a winding up petition will have been preceded by a statutory demand which has not been satisfied or alternatively the creditor will have obtained a county court judgement against your company.

A processing server may be instructed by your creditor’s solicitor to serve the document, as from their perspective it is important that the proper insolvency rules have been complied with in relation to serving the petition.

In some circumstances, when directors are unable to be located, the processing server may attach the winding up petition on the door of the registered office address.

What Happens to a Director after a Company has had a Winding up Order Issued Against it?

Having a winding up order issued against your company is very serious, and should be avoided wherever possible. However, if you do find yourself in the position where a winding up order has been issued to a company of which you are a director, it’s likely that you’ll have questions about what happens next and what it means for you as a director.

If your company has received a winding up petition from a creditor or HMRC, a court hearing date will be set to hear the petition. At the hearing, the judge will consider whether the debt is actually due and establish whether the company can pay. If the company is proved to be insolvent, then a winding up order will be made and the company will automatically be placed into Compulsory Liquidation. 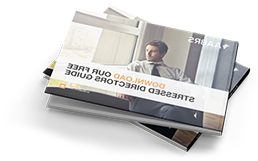